Do you have these plants in your garden? 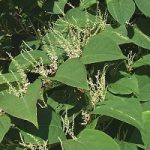 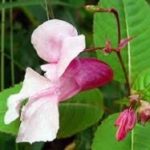 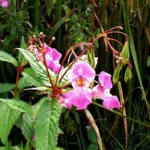 Can you see them on the verges or in hedges near where you live?

These plants are Japanese Knotweed and Himalayan Balsam, and are non-native invasive species that have become established throughout Wales. They aggressively colonise large areas of the country, out-competing our native species, and, in the case of Japanese Knotweed, causing massive structural damage to buildings.

Japanese Knotweed – did you know…..

If you know a place locally where it is growing please report it to us, using the contact form on the home page of this website, or click here.

And lastly, the mighty Giant Hogweed 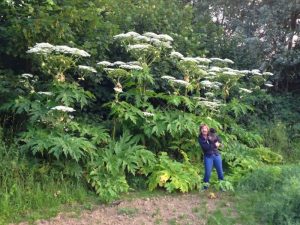 The name really does reflect the giant nature of this plant.  A member of the parsley family, it’s stems reach up to 5 metres to its flowerhead.  It, too, outcompetes native species, contributing to habitat loss and thereby reducing biodiversity.

The Wye and Usk Foundation is actively seeking to offer expertise, support and guidance to anyone wishing to help clear the banks of our rivers and streams of these weeds.  Click here for more information.

The Royal Horticultural Society has further information about these plants and how to control them, click here to read it.

The Welsh Government has recently updated it’s guidance on harmful weeds and invasive non-native species,  Click here to read it. 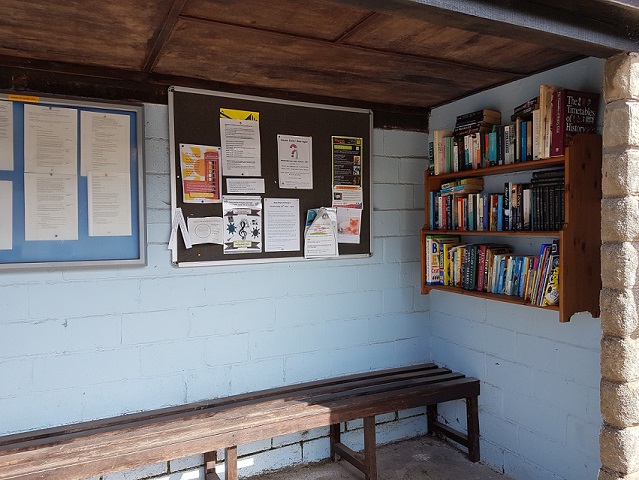